ADOM always has been known for being one of the few roguelikes with actual focus on a storyline far beyond the “explore a dungeon theme”. Its backdrop has been an external war between the forces of Order and Chaos – with ample opportunities for the player to side with one of those principles… or even ascend to far greater might.

For Ultimate ADOM we decided to push this concept even further: While there is a major storyline in the game to follow, there are many factions at work. Some of them fight for Order, others for Chaos and a few are trying to stay neutral and further their own agenda. Some well-loved figures from ADOM will make a reappearance in Ultimate ADOM (like e.g. Rolf, the last emperor of the dwarves or the Mad Minstrel). And naturally Andor Drakon, ultimate God of Chaos, again is fiddling with Ancardia with his tentacles… err.. . fingers. 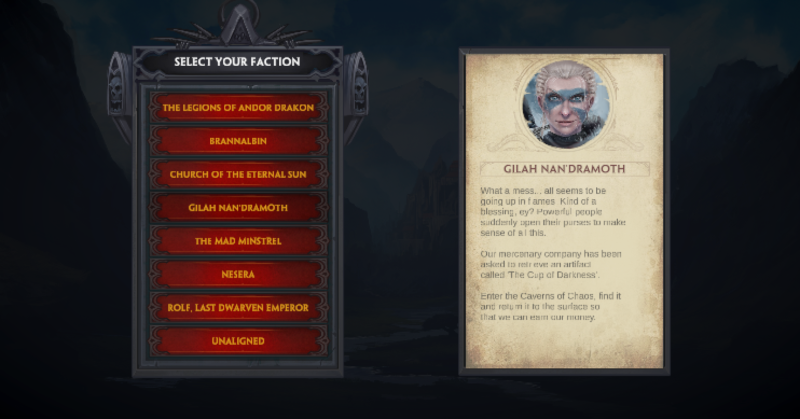 For Ultimate ADOM: Caverns of Chaos factions will be used to several effects:

This weeks Visions from Ancardia post introduces Andor Drakon and his followership as a first faction in the game – more to come. Ultimate ADOM will present a total of seven factions plus the option of being unaligned to any of those factions thus allowing you to focus on plain old dungeon-crawling fun!