After we had a look at Stealth and Traps a while ago, and our heroic elven archer Alynna showed off their sneaking skills, we want to look at the so-called mundane skills in general and what you can do with them.

Unlike flashy magic or powerful combat maneuvers, mundane skills will boost your hero’s means of survival in more subtle ways. Ratling adventurers in particular are very sturdy due to the large amount of survival skills available to them. Let’s have a more in-depth look at the four skill trees currently in the Ultimate ADOM: Caverns of Chaos Alpha. 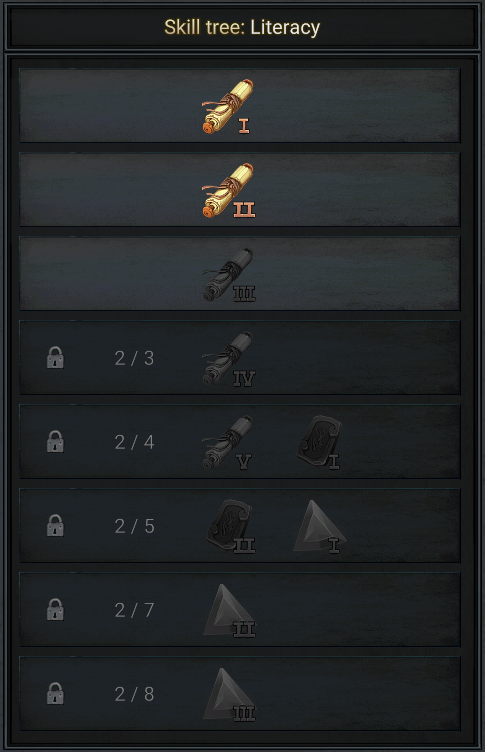 Literacy is a straight forward skill tree. Increased points spent here will allow you to more reliably decipher scrolls, books and the occasional cryptic rune engraved into the dungeon wall. Higher levels of the literacy skill tree will allow the magically inclined adventurer to wield significantly more power and regenerate it faster. 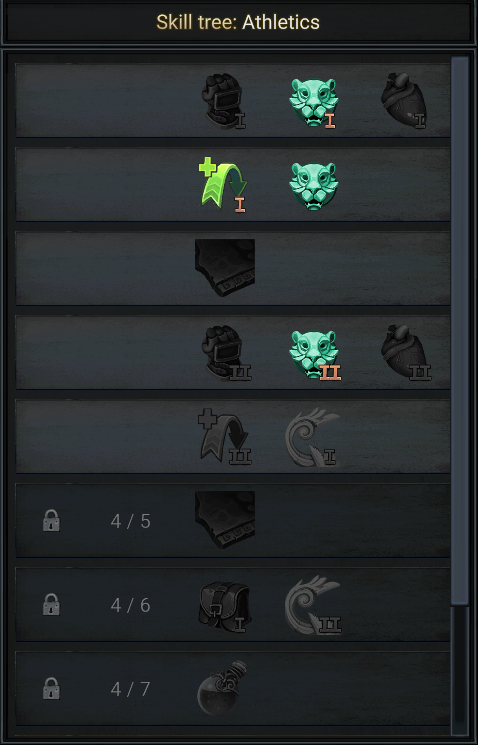 A strong mind comes from a strong body. Not only warriors and fighters benefit from a good constitution and nimbleness. Skilled athletes learn to dodge enemy blows and traps, take blows without staggering or jump much further than usual. The later is especially useful to pyromancers, whose higher level spells tend to leave the very dungeon floor a mess of molten stone and hot lava, but jumping over raging rivers and traps is beneficial to every adventurer delving the Caverns of Chaos. 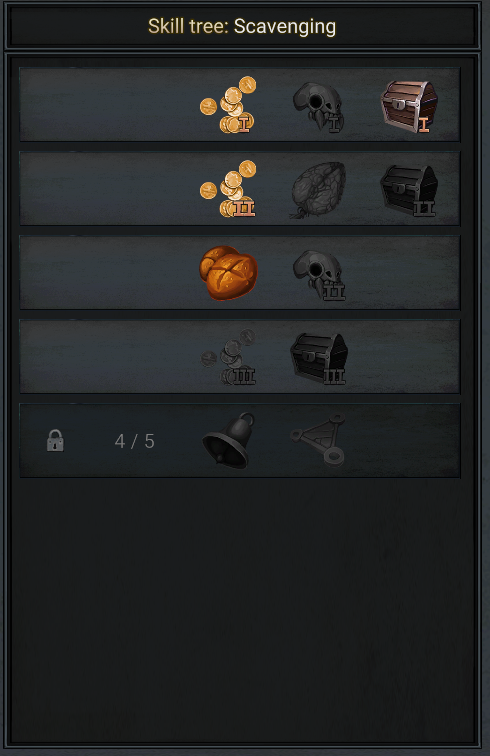 The art of looking into places others wouldn’t. To find the lost gold coins that rolled into near invisible cracks in the floor. Rifling through a defeated enemy’s pockets. The scavenger is skilled in generating additional resources. For crafting, for selling, for animating or necromantic purposes, or to soul harvest additional items for more health, power or experience.

Stay tuned for more skills! We have a total of 16 mundane skills planned, ranging from crafting armor and traps to negotiating with NPCs. We are looking forward to showing them all to you.