Schools of Magic: The Art of Flame and Fire

Magic is often reviled, and most often for good reason. The vile manipulation of chaos and corruption, the gruesome mastery over life after death, the false whispers seducing the unwary.
Yet the flame is born of purity, and it vanquishes the shadow where it goes. If your magical aptitude calls you, son, I implore you to dedicate yourself to the flame.

– From the memoires of Inquisitor Ablegund

The art of Pyromancy is impressive because of one thing: raw destruction. Corruption cannot fester where the ground is scorched, and thus Pyromancy is one of the few schools of magic endorsed by the Church of the Eternal Sun.

The Pyromancy skill path not only features an arsenal of destruction, but also useful utilities to those mastering fire and flame. Flame burns away all impurities, and a skilled fire mage can use this to increase their own health regeneration slightly. Decreasing the cost of fire-based spells is an important factor of any mage using arcana to defend themselves, but it is the resistance and eventual immunity to all fire-based damage that might be most interesting to young Pyromancers, turning them invulnerable to their own careless abuse of magical flames.

Some signature spells of this school:

The deadly Inferno can only be cast by the most powerful of mages. It requires a tremendous mental drain to focus, but is devastating. All enemies in sight will be turned to cinders, or at least heavily damaged, and most items will be destroyed and melted beyond recognition. Also, while the caster themselves is safe from the firey onslaught, the spell does not otherwise distinguish between friend, foe and innocent bystander. 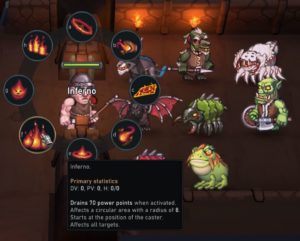 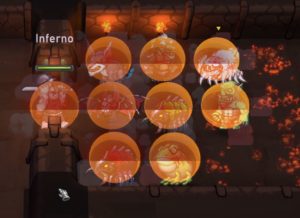 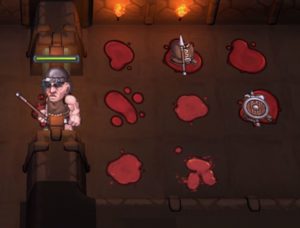 Even more destructive if used under the right circumstances is the Pyromancer‘s spiritual closeness to the lava at the heart of the world. With a powerful will applied to it, the molten earth’s blood can be coaxed out from below, quickly forming pools of lava at random locations around the caster. While this may lock off vital access routes, it is the most certain way of stopping pursuit for good. Few denizens of the Caverns of Chaos are either strong-willed or stupid enough to follow through molten lava. 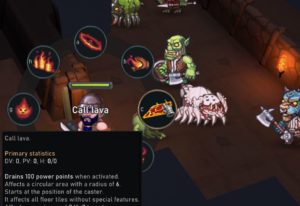 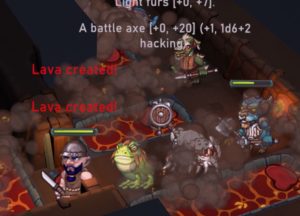 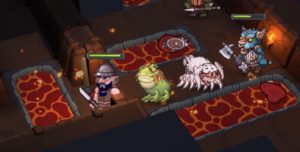 Far less deadly but with far more utility comes the ability to summon a Wall of Fire, temporarily blocking of paths and damaging enemies (and allies if the caster’s aim is poor) caught in the Wall. Unlike pools of lava, the flames caused by the Wall of Fire will eventually peter out, allowing passage without being immune to fire. 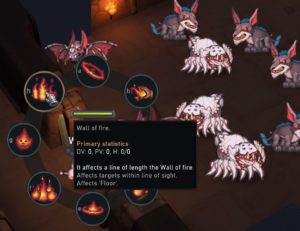 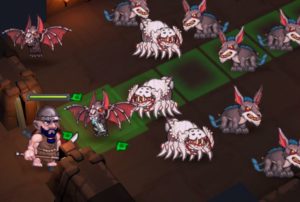 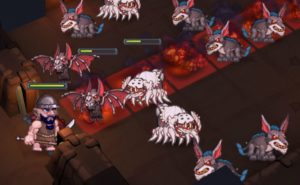